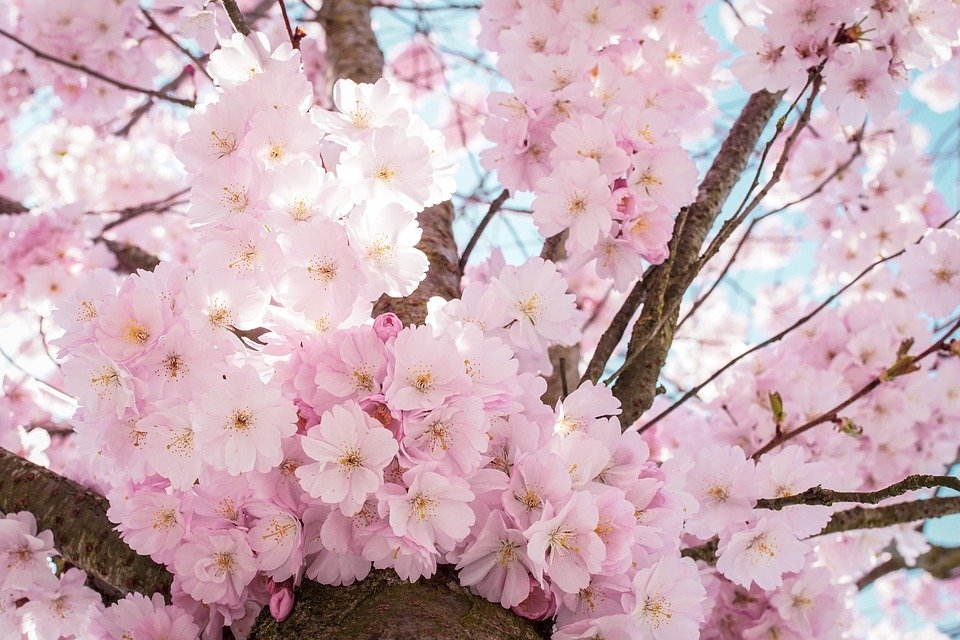 Written by Stella A. Brown

The woman, bent and gray haired, knelt beside the upturned earth of her garden. It was spring, and she had purchased a flat of flowers at the hardware store, which she was looking forward to planting. Last Autumn she had suffered an unfortunate fall, which had kept her bottled up indoors for many long, unhappy months. But now she was out and about once again, and had returned to her garden with rapturous delight. She lifted a plastic-cased pansy and as she did so she was struck by a memory. One she had not thought of for so long it felt like finding something precious in the attic that you had thought lost an age ago.

The day had been filled with pink, fluttering petals. The botanical garden had been known for its pink blossomed trees. The air had been cool and the park bench wonderfully rough beneath her hands. The young man kneeling in front of her was holding out a bouquet of wildflowers, together with a few pansies from his mother’s garden. The moment was consumed with his question, lingering in the breeze between them… and with her answer.

A timer went off inside the house and the old woman stood, brushing dirt from her apron. She went to check on the cookies she was making for her daughter-in-law, who was stuck in the hospital with an injured leg, and her first child on the way.

The young man’s clothes had been worn, much-repaired, hand-me-downs. He had been as poor as a church mouse, with a head full of poetry and no money for higher education. She had been afraid, then, with her father’s promises of disinheritance still ringing in her ears. She had cried, that night, after she refused the young man with the flowers. She had cried for many nights afterward.

The old woman ran a hand along the shelves of best-selling novels, of poetry collections and short stories. The name emblazoned upon the covers a melancholy reminder of a long ago choice. She hung up her apron, placed the cooling cookies in a plastic container, and left for the hospital.

In her arms was a bouquet of wildflowers, with a few pansies, for luck.