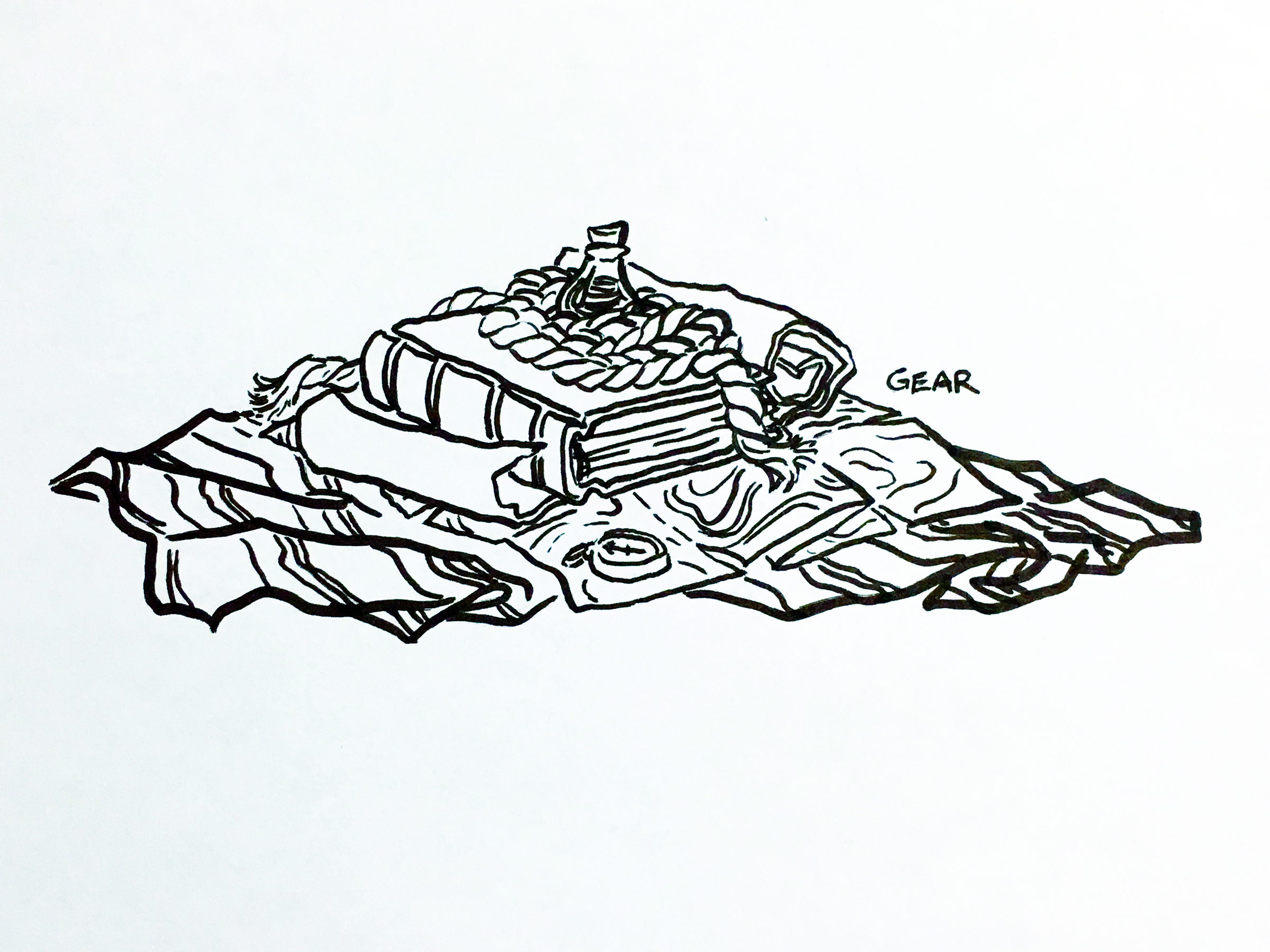 Figures mill along the parade grounds, hundreds of feet stamping the frozen dew into mud. Even here, where you stand among the middle of them, the brisk wind cuts through, carrying the scent of pines and the dusky damp of a morning forest just beyond the walls before you. Their worn stone heights – older than most things, and said to be Norna in nature – wrap around the township known throughout the Northern Inbound Lands as The Place of The Key. It is to this place that you’ve journeyed, first by train, then by cart, then by boat, and finally on foot, in order to reach this moment: to take your place among the other authors as you begin the the path of The Process Way.

It sounds pretty epic, even you have to admit that. As the voice of the Guardian begins to speak, welcoming the attended to “the start of something great!”, it feels pretty epic too. Despite yourself, the hairs rise on the back of your neck, and a grin passes between all of you. The authors gathered here – including you – have chosen to follow the ancient trail, proving themselves against the wildness of nature as they write the texts of their own stories. The books that have come out the other side have their place in history, and the authors themselves lay bound in minor legend. You try to pay attention to the speech as those heroic names are recited, and try even harder to look the part of belonging in that line of enumeration.

The speaker perches in a small alcove above the massive gates, their voice sailing out on the winds above the gathered pilgrims. There’s the usual messages – of hope, of the future, of the meaningfulness of text – and the crowd shifts from foot to foot, their own thoughts tangled up about whether or not their particular writing journey will stand up to such grandiose expectations. You consider your own loosely sketched outlines – fingers absentmindedly tapping the pocket that holds your small notetaking book – and consider how you’d write this very moment: flags snapping in the wind, the chill breeze stealing the steam from your teacup, the echoes of the speaker murmured by the devout standing on the parade ground.

Your attention slips a little as there’s a small movement through the crowd: a single figure pausing here and there to refresh cups with a spot of warm tea, as part of the traditional send off. The smell of the savory broth reaches you shortly before the figure, and you gratefully accept a splash to your own cup. You nod your thanks, moving your gaze to follow the teabearer as they disappear into the ranks again.

Red dominates the chosen clothing of the crowd, denoting the masses as participants in the ritualized journey. As a writer, you too are adorned with orange scarf and clothes of bright crimson – the choice designed to bring notice to the pilgrim not only in the city streets but also along the dangerous hunting paths of the back wood – and your cloth and gear are bound with bright orange wrappings that carry the dozens of tiny bells and sewn mirrors common to the traveler’s uniform here in the dusky North.

As the speaker continues, your eye wanders, taking in the appearances of your fellow Blazes. You can tell immediately that some are seasoned veterans (if not to writing, then at least certainly to the outdoors) as the battered oilcloth shells of their packs carry tools and gear equally well-worn by the elements and the familiarity of use. Others in the crowd are obviously new to the whole business: though some seem more of a writing personality (taking notes even now), their gear glints with a shine that belays their brand new nature. You’re reminded that starting The Process Way is easy…it’s staying on track to reach The Keep at the end (and, of course, finishing your book) that will be the hard part.

Your mind wanders, too, considering your own place in the journey ahead. Your fingers move over the straps of your pack, feeling the tightness of leather and the cold brush of buckles as you make sure that everything is as it should be. You’ve done your research (as best you could), and are pretty sure you’ve covered the basics for the journey…but this is also your first attempt, both at the writing of a book and at the Process Way itself. You’re keenly aware of your shortcomings in both areas, but admittedly, you’re also a bit eager for the challenge ahead. Is that nervousness you’re feeling? Or is it just the morning’s tea settling into your system, gearing you up and ready to go?

Before you can assess yourself, however, there’s a suddenly flurry of motion as scarves snap into the air and a multitude of tiny bells ring: the crowd cheers and you realize the speaker has given the signal to open the gates. As the massive doors swing outwards, your fellow Blazes are moving all around you: some cautiously attending to their gear or striding out on their own, while others break off into small groups to travel together. You quickly finish the last of your tea and make your choice:

Do you check your pack again to make sure you haven’t forgotten anything?

Do you seek out a seasoned veteran to follow and ask for advice?

Do you seek out a fellow beginner and try to make friends for the journey ahead?

Do you forge ahead to start your own journey alone and try to lead the pack?

To place your vote for the next move, visit www.heretherebe.com/path-currentmove and participate in the poll before the end of February.

“On The Path” is a sidequest set within the world of The Inbound Lands, a transmedia narrative universe. Created by M Kelley of studiomnivorous.com, The Inbound Lands has been growing and expanding since 2008.